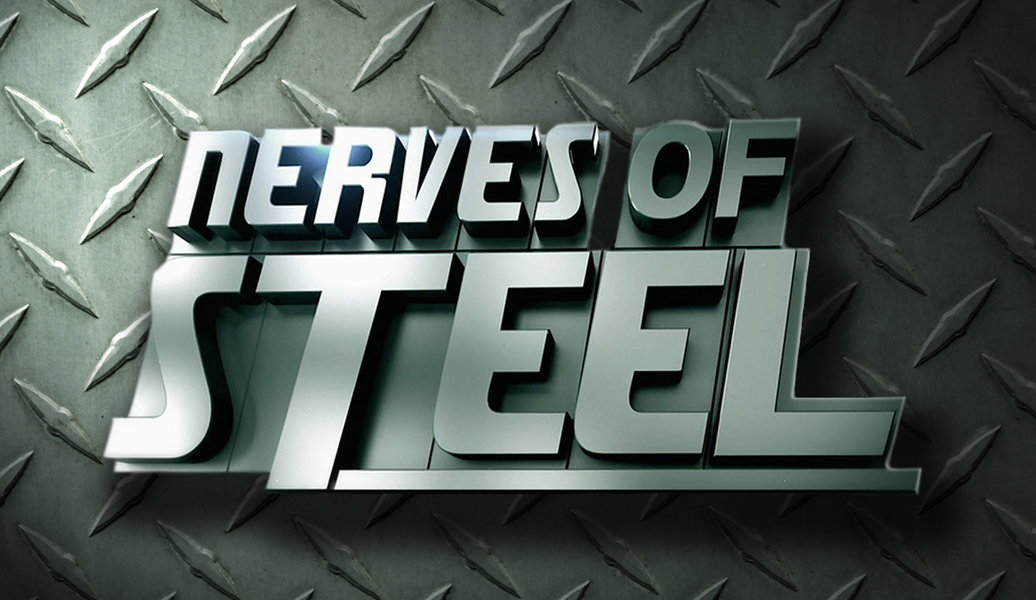 I truly believe, that being cryptocurrency is akin to being in a boat that is in a fast moving stream and just ahead is a steep waterfall. Except you are in that boat and rowing vigorously against the current to prevent from going over. You might go over, you might not. But you live another day. 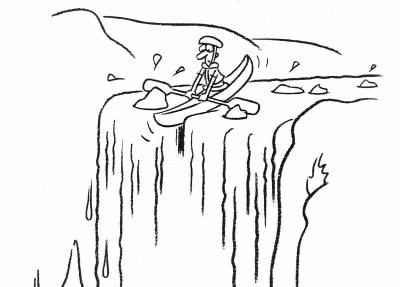 Also, as humans, we have a tendency to be led about by the opinions of others. For example, I read a post in a cryptocurrency forum by an individual who claimed he lost $80,000 because some Exchange that he was trading on got hacked and stole his money (which I doubt because he evaded good questions about the security of his account). He said he had only had $4000 left. But this is what got to me: He asked other people within the forum who he shared his story with, “What should I do?” My thinking was, “You do not even know these people and you are asking them what you should do?” This is weak-mindedness and it underscores the need many have to be “led-about” and told what to do. It is a need to be “dependent” on others! It is a form of mental slavery.

I got into cryptocurrency not only to make a profit for the long-term but also to be free of the power and control the governments and the central banking systems have over us.

Even though I am an American citizen, I never really feel free to earn what I want without the government and banks having a say-so over how much of my money I can keep. I still feel a certain anxiety when going to my mailbox to find a letter from the IRS that I owe them money even though I am diligent in paying my taxes. (The IRS has squelched the hopes and dreams of countless Americans and has devastated the lives of millions of Americans. I have researched it and the IRS is not a legal entity. It was imposed upon us all. (Just ask Sherry Jackson Peele, a former IRS Agent. Her official blog is here and here are some interesting videos that tell her story. It was truly appalling what the Government did to her. Thanks to the intervention of Senator John McCain, she would have died. Video 1. Video 2.)

The reason why I bring Sherry Jackson’s story up here is to show what we are up against: Powerful men and women within the government who can – in an instant – punish you and take away your livelihood (and life) if you do not conform and allow them to maintain control over you. Just be a “good law-abiding citizen, give us your money and keep your mouth shut.” I know, this power and control well as a 40-year former employee of the U.S. Federal Government in Washington DC. There are some very bad, well-paid people within it whose only interest is to acquire control and maintain that control over you while at the same time smiling in your face and pretending that we are a team and one big happy family. It is a dysfunctional family and most of the common grudge workers are in the Federal Government for the money and benefits. Most hate their bosses and their jobs. They know the truth. They keep it to themselves and whisper about it all in private – never out loud – out of fear of being found out and dealt with.

The recent news of what happened in China is another example of many wetting their pants and not knowing what to do. China is just one country in many. I believe China will see the reality of cryptocurrency in the world today and in the future and will have no choice but jump on board.

Plus, we should not care what China says or does! Yes, they are the second largest economy but that should not determine what you do in Cryptos. The world is going to “digital currency.”

While political leaders in the United States speak of how free Americans are, we are not truly free. None of us. Freedom in America is a myth as far as I am concerned. Almost every element of the life of an American is controlled.

If you are paying a mortgage, you think you are a home owner. Get behind on your mortgage payments and see who has control over “your” house homeowner. If you home is paid off, stop paying taxes on it and see what happens. Miss a car note or a rent payment. Don’t pay your utility bill. You see, you are not really in control; someone else is. You are under the false illusion that you are free.

After 42 years in the Federal government, I retired. I have a very good pension that allows me to maintain a comfortable standard of living. I have no debt. My credit score is excellent. I own my vehicles. I can save and invest (in cryptos). I can travel as I see fit. One would think my life is worry-free. Far from it! I still get letters from the Federal organization that handles my pension stating they overpaid me because of an oversight they made. I wrote them a check to cover their mistake. This gives me anxiety because it makes wonder what will be next from them! Will they make another “oversight” that will disrupt my life? Can it just enjoy my retirement not having to worry about what they will throw at me next? You see, they are always about power and control over you even when you think you are free! Out of all U.S. entities, I fear the IRS the most. Out of nowhere, they can really mess you up.

A dear friend of mine (single, with three school-aged children) was hit with a $65,000 bill from the IRS claiming that she owed them back taxes for a time span of ten years. Within that ten year span, she paid taxes, received refunds ad paid them over payments; but not one letter from them during that ten-year span that she owed them taxes. When she received the bill, she was very upset and thought there had to be a mistake. She immediately called the IRS to see what was going on.  She asked them why they didn’t let her know this back then? The IRS Agent she spoke to was rude and told her that the IRS was not required to contact her to let her know that she owed back taxes. (But it was OK to let ten years of interest accrue on her bill. Crooks). The Agent said her only recourse was to write them a check for $65,000 or they would take her possessions. (She worked for the Federal Government and would have lost her job if it was reported that she owed back-taxes). The Agent said that there was another way: A repayment plan. Frightened and scared to death, my friend agreed to a five-year repayment plan that took $1100 per month from her paycheck. Not only that, the IRS threatened that if she missed a payment, the agreement would be made null and void and they would garnish her full earnings until her tax bill was paid off. How cruel is that? Damn!

It is from such things that I want to be free of. Free of government control over me.

I have no doubt about that.

So, continue investing in cryptocurrency and row vigorously against the current of temptation to fold your hand. And, if you do fold, get back into the game.

Be patient and let’s see where the cryptocurrency market is one year from now. 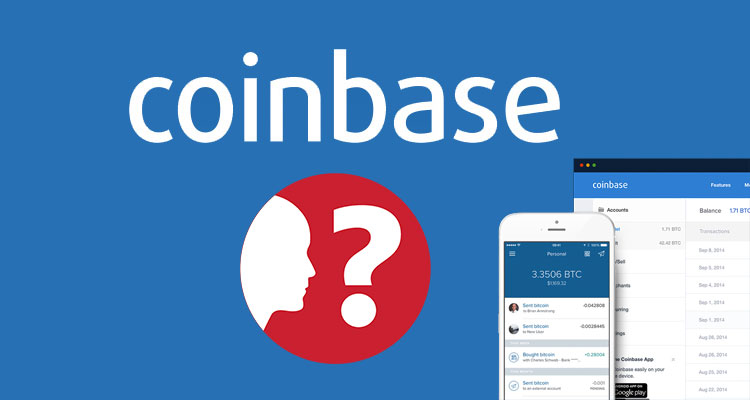 Coinbase A Weak Link In Cryptocurrency